That magic Red Box you have seen... 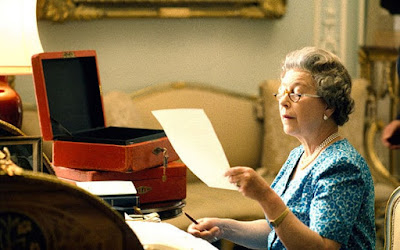 Ministerial boxes, informally called red boxes, are used by ministers in the British government to carry their documents. Similar in appearance to a briefcase, they are primarily used to hold and transport official departmental papers from place to place. They are not to be confused with the parliamentary despatch boxes from which speeches are given in Parliament, although ministerial boxes are also referred to as "despatch boxes" in government documents. 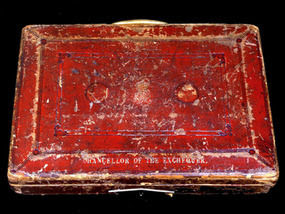 "Ministers are permitted to use ordinary lockable briefcases to transport information which has been classified ‘Confidential’ or below. For information with a higher security level (such as ‘Secret’) they are required to use dispatch boxes, which offer a higher level of security, and which are usually red. However a travel version of the despatch box is also available in black, which offers the same level of security as a red despatch box, but is designed to be less conspicuous. In practice Ministers use despatch boxes for transporting the majority of their documents due to the greater level of security they offer." 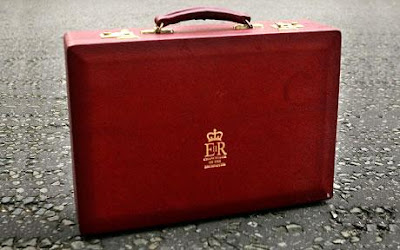 The design of ministerial boxes has changed little since the 1860s. The boxes are manufactured in London by Barrow and Gale. Covered in red-stained rams' leather, they are embossed with the Royal Cypher and ministerial title. The 2–3-kilogram (4–7 lb) boxes are constructed of slow-grown pine, lined with lead and black satin and, unlike a briefcase, the lock is on the bottom, opposite the hinges and the handle, to guarantee that the box is locked before being carried. 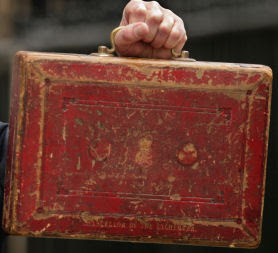 The colour red has remained the traditional covering of the boxes. The lead lining, which has been retained in modern boxes, was once meant to ensure that the box sank when thrown overboard in the event of capture. Also bomb-proof, they are designed to survive any catastrophe that may befall their owner. 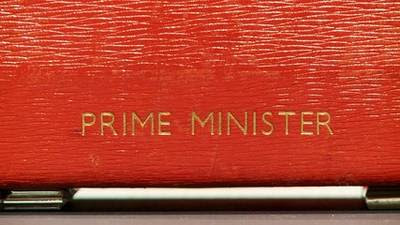 Exceptions to the red colouring are those carried by the government whips, which are covered in black leather. Discreet black boxes are also available for ministers who need to travel by train. 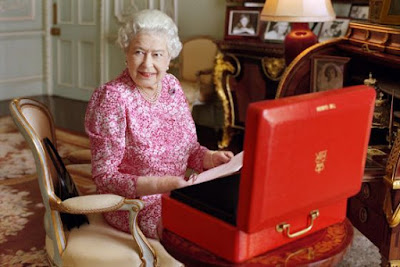 Other red boxes of note are the ones delivered to the British Sovereign every day (except Christmas Day and Easter Sunday) by government departments, via the Page of the Presence. These boxes contain Cabinet and Foreign and Commonwealth Office documents, most of which the monarch must sign and give Royal Assent to before they can become law.

Please allow us to know of your interest.  We are able to produce something similar for your personal use.